SLE(Systemic Lupus Erythematous) commonly known as Lupus. In Ayurveda, there is no direct mention of the disease, by comparing signs and symptoms we can relate to it visharpa+amavata.

Lupus has no treatment which can cure its roots in allopathy, only symptomatic treatment is given. The physician prescribes dietary and lifestyle changes in a patent. Many do not want to take powerful medicines given by physicians as those medicines have many side effects.

Day by day Lupus patients number is increasing who are seeking alternative therapies like Ayurveda. Ayurveda has the potential to normalize a patient’s life without taking any powerful chemicals. We will be discussing the lupus disease and see how Ayurveda can be effective in curing the SLE.

Commonly called Lupus and its medical term is SLE(Systemic Lupus Erythematous). Systemic as it involves all the organs and erythematous as it causes skin rashes.

It is an autoimmune disease where bodies antibodies attack bodies own tissues and organs.

1.A family history of having lupus and similar autoimmune disease.

2.Women between 15 to 45 years of age, women of childbearing age.

5. Women are ten times susceptible to lupus than men.

1. Fever is caused due to the release of endo pyrogens mainly interleukin-1 superfamily.

2.Arthritis: this cause pain, stiffness, swelling, tenderness and warmth in your joints. The joints most often affected are the ones farthest from the middle of the body, such as fingers, wrists, elbows, knees, ankles and toes.

3.Rash: Butterfly-shaped rash across the cheeks and bridge of the nose. Other skin problem includes sensitivity to sunlight. Rashes also can be seen in other parts of the body like neck and arms.

4.Ulcers: Mucosal ulcerations are sores in the mouth or nose or, less often, in the lining of vaginal tissue. It is important to differentiate lupus ulcers from herpes lesions or cold sores, which may be brought on by the use of immunosuppressive drugs.

4.Sores or ulcers on inner mucosa of the mouth and nose

Specific Antibodies found in the blood

4.NSAIDs: to relieve from pains.

5. Blood pressure lowering medicine and anticoagulants: These are given to lower the blood pressure caused during lupus.

Lupus can be related to Amavata+Visharpa. Why I am relating SLE with amavata and visharpa is because we see many similarities in the signs and symptoms of the diseases.

Definition of visharpa is a disease that spreads in different routes which is similar to Lupus as both are invasive in nature.

Definition of Amavata is a disease in which aggravated doshas entering into sacral joints cause stiffness of the whole body due to pain.

Systemic involvement of Visharpa as described in Ayurveda: The visharpa pervading through internal channels produces cardiac dysfunction, fainting, compression of vessels, excessive thirst, digestive inactivity, and general debility. This refers to multisystem involvement with dysfunction of vital organs. This encroaches its impact on CVS, CNS, respiratory system, blood vessels, renal function, and GIT signifying the multi-system invasion by infective organisms due to rapid loss of immunity.

From all the references one thing we can infer is that in SLE there is vitiation of the three doshas and it spreads all through the body.

Treatment for SLE(Lupus) in Ayurveda

The treatment is first detoxification of the body by removing the vitiated doshas from the body and this achieved through panchakarma therapy.

As there is aggravtion+vitiation of doshas, We need to treat with Tridosha Shamak herbs like Giloy, Amalaki, Yasthimadhu.

Food is medicine. If we can restrict our diet and food habits we can remain safe from Lupus.

Panchakarma has a great effect on Systemic Lupus Erythematous. In SLE body becomes weak and the body is full of morbid elements which need to eliminate.

Panchakarma is a technique to remove morbid elements from the body. Vaspa, Raktomoshan are some of the panchakarma procedures to treat an SLE patient.

There are many things which you should not take if your body is sensitive. Some of these diets are to take less aginvardhak foods which may increase the body temperature.

Foods which are cooling in nature like curd, cucumber, watermelon should be adopted. 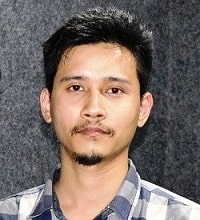 We are a participant in the Amazon Services LLC Associates Program, an affiliate advertising program designed to provide a means for us to earn fees by linking to Amazon.com and affiliated sites.

Disclaimer: OnlineAyurveda.org is committed to providing information on natural and alternative health. All material provided at OnlineAyurveda.Org is for informational purposes only, and is not to be taken as medical advice or recommendation. Any health concern or condition should be addressed by a doctor or other appropriate health care professional.